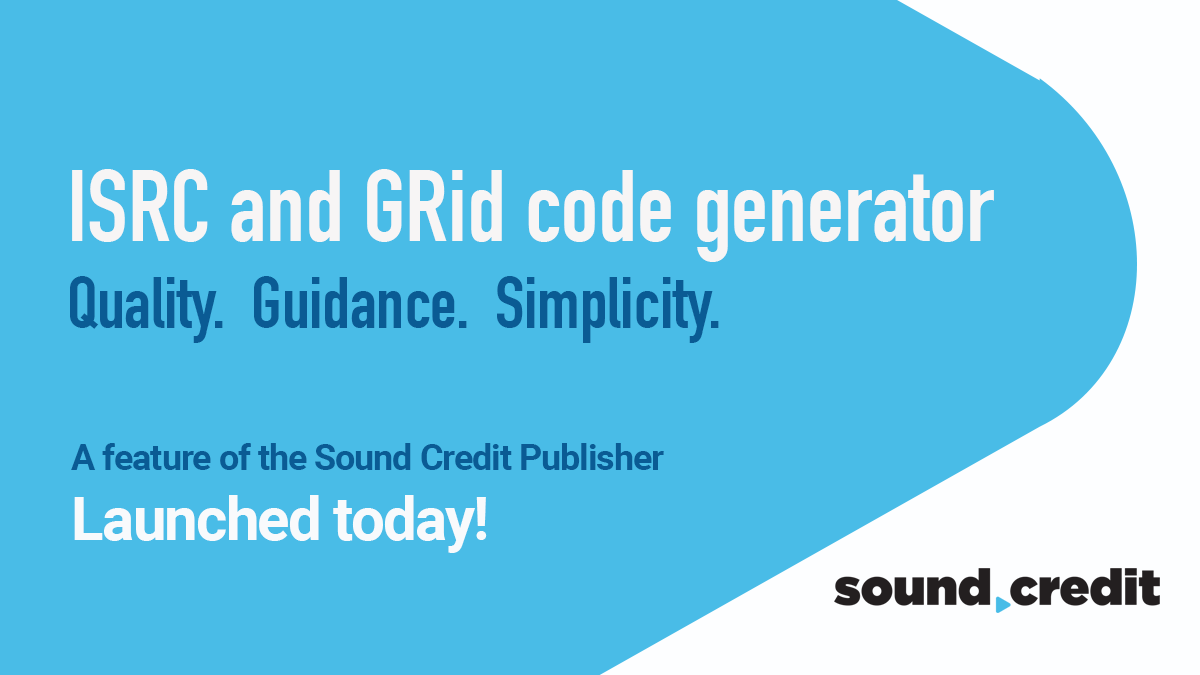 ID codes are important for modern life — they allow technology to organize massive amounts of information. In the music industry, that means as much as 30,000 new music recordings every week.

Since the beginning of the ISRC in 1986, there has been little or no enforcement of the rules for creating the codes. While the ISRC provides tremendous value to the industry, the systems and practices around it have become a source of problems.

Today, Sound Credit introduces a process that represents the highest quality standards for creating ISRCs as well as a similar code called the Global Release Identifier (GRid). The rules and recommendations for creating these codes are built-in, so users do not need to memorize them. After creation, the codes are automatically organized and stored. Also, a convenient summary is emailed at the end of the process.

Sound Credit uses a new industry standard called the DDEX RIN during the creation of the codes. DDEX is a consortium of leading music companies including Universal, Warner, ASCAP, BMI and PPL.

Desktop software for creating these codes has never existed. “It’s part of the music industry that was forgotten in the digital revolution” said Gebre Waddell, Sound Credit CEO. “Right now, many producers keep up with ISRCs manually and skip the rules and recommendations. Others depend on online services to do it, without knowing how or why things are done. Either way, RIN files are not being created and GRid codes are almost never generated. With this feature, everything is covered and it’s easy to do.”

Sound Credit is a product of Soundways, a Memphis-based corporation dedicated to revolutionizing the supply chain of sound recordings from the studio to the listener. Sound Credit has a user base spanning 64 countries with recognition throughout the music industry.

Breakthrough in Music Credits with Sound Credit 4: Beautiful mobile app and kiosk, exports for The MLC and Unions